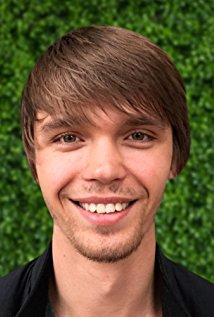 Aldon was a guitar student of Zach Stewart while at CMA. He's now in Los Angeles pursuing a career in film, TV and video game scoring.

Here is a conversation we had with him a while back...

How long have you been playing music?  What is your musical background?
I have been playing music for most of my life. I played African drums with my parents when I was in elementary school, studied piano in first grade and started up guitar after 4th grade.  I took up composition in high school. My studies were in classical, jazz and rock guitar, as well as classical and jazz composition.

How long were you a student at CMA?
I can't quite remember when I was a student at CMA but I loved it and Zach Stewart made me be even more serious about my practice strategy, implementation, and composition skills. He motivated me even more to pursue what I wanted to do.

How has your experience at CMA helped you to where you are at today?
Well without Zach's positive motivation and realism toward the industry, I probably wouldn't be pursuing it as confidently, nor would I have applied to music school at all.

Who are your current inspirations? What are you currently listening to?
My inspirations range from Steve Vai in high school to Bireli Lagrene, Jim Hall, John Williams (composer), Alexandre Desplat, Bernard Herrmann, Michael Giacchino and Randy Newman. There are MANY more to list.

What current projects are you involved in?
I just finished composing for a mini-series crime show episode called "The Woman."  I also orchestrated recently for an opera, which will be performed by the Beijing Opera once it's completed, as well score preparation for Yue Fei, an award-winning Chinese TV show.  I’ve also done some music scores for smaller short films in Los Angeles and in Boston.  I’m currently doing orchestration for an animated feature film by Jeff Dunham (Comedy Central).

What advice can you give to younger kids that want to get involved in music?
If you think you can do it and you want to do it, there should be nobody to stop you from doing what you love. That being said, music is a difficult world to make a living in and if you are willing to struggle for a while (that being short or long) then go for it. You have to give it your all if it is what you want.

What are your future goals and dreams?
My career goal is to score music to animated films for Disney, Pixar, etc.

Is there anything else you want us to know?
I have been studying photography for quite a while which has helped improve my inspiration for writing music for movies.  It’s helped me realize more of the filmmaker's perspective, as well as have a creative outlet outside of music. It is good to have hobbies once your hobby becomes a "job" (even though it is still fun).